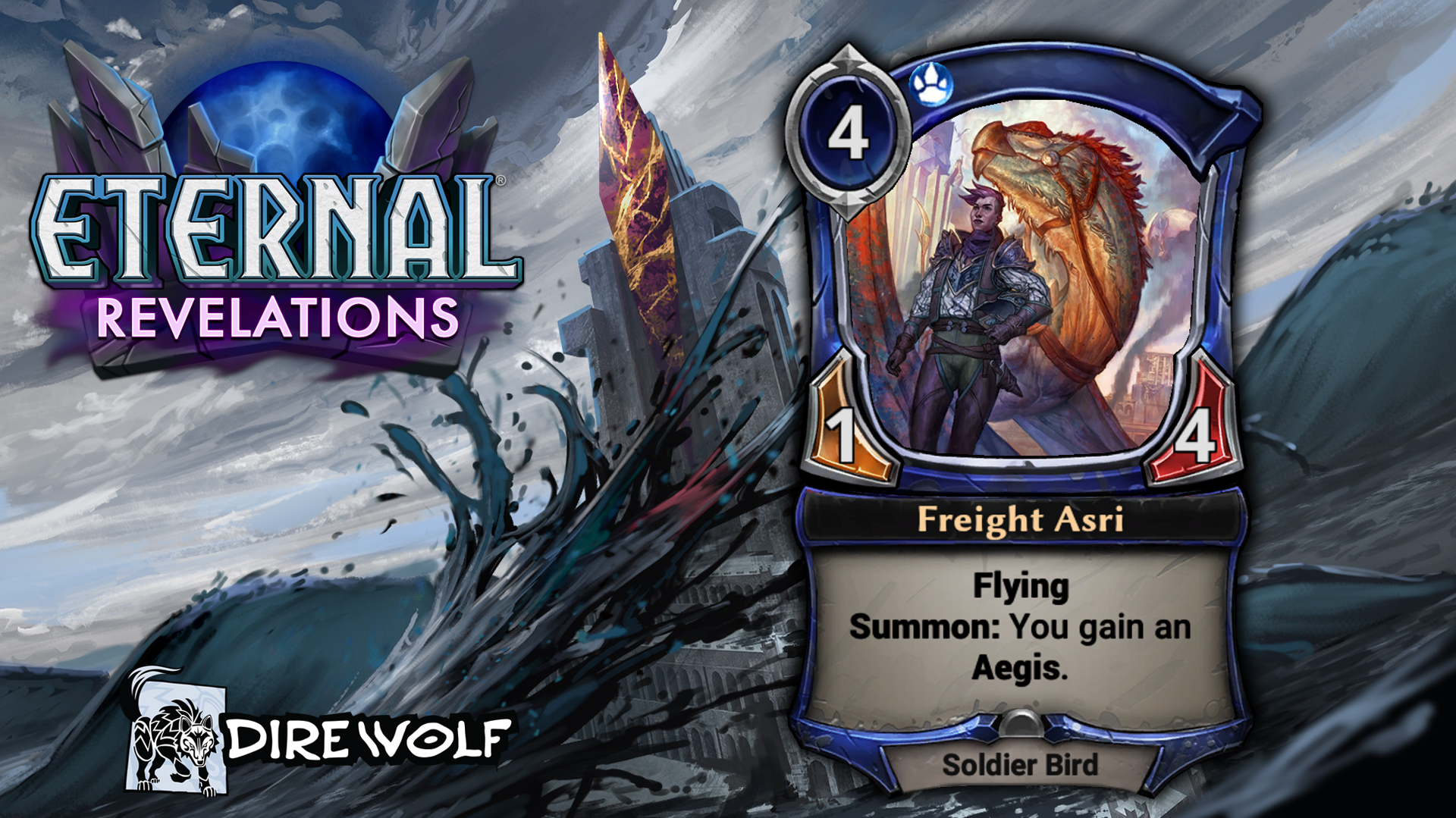 This will see some limited play in limited, but that’s all.

He’s supposed to be carrying freight? That’s goods in bulk, guys. This bird, already carrying a passenger, is also supposed to carry an Eternal-sized coconut to a destination? Or is the poor bird just burdened with carrying this soldier who seems to think that posing for a picture is much more important than bringing up his fighting stats? Come on man, if you had put some effort into it, I bet you could have been a 2/4.

This will mostly make the cut in limited, but barely. I don’t see this making it in constructed at all.

Hoping this spoiler indicates that there will be more “face aegis matters” cards in the draft pool. Past that, it’s not a great card but might be a fine inclusion in late-game draft decks that need to shore up some flying defense.

For everyone complaining about power creep each set, behold Freight Asri – a flier that is overcosted by 2. Need a soldier flier? Play Bouldergate Guard, Hifos, Glen Scout, or Asri Scout. Need face aegis? Play one of a dozen other Primal cards that do that. Need face aegis on a 1-strength flier? Hello, Snowstorm Druid. Freight Asri won’t see competitive play and you’ll be sad when you have to pick it for a last pack card in draft.

No need to keep piling on Freight Asri.

A 4-health flier can be pretty good at holding down the fort in limited, depending on the stats of the units (factor in valor too). A unit that gives you aegis can also have some nice marginal utility in limited, either from the market or bringing it back from the void with something like Triumphant Return if it gets milled. I’ll be interested in observing the pacing of this format to see if I’m allowed to play this in my main.

Every set needs a George Harrison. Who? He was a Beatle. That’s my point. The whole set can’t be killer. You need some filler. Flier filler. 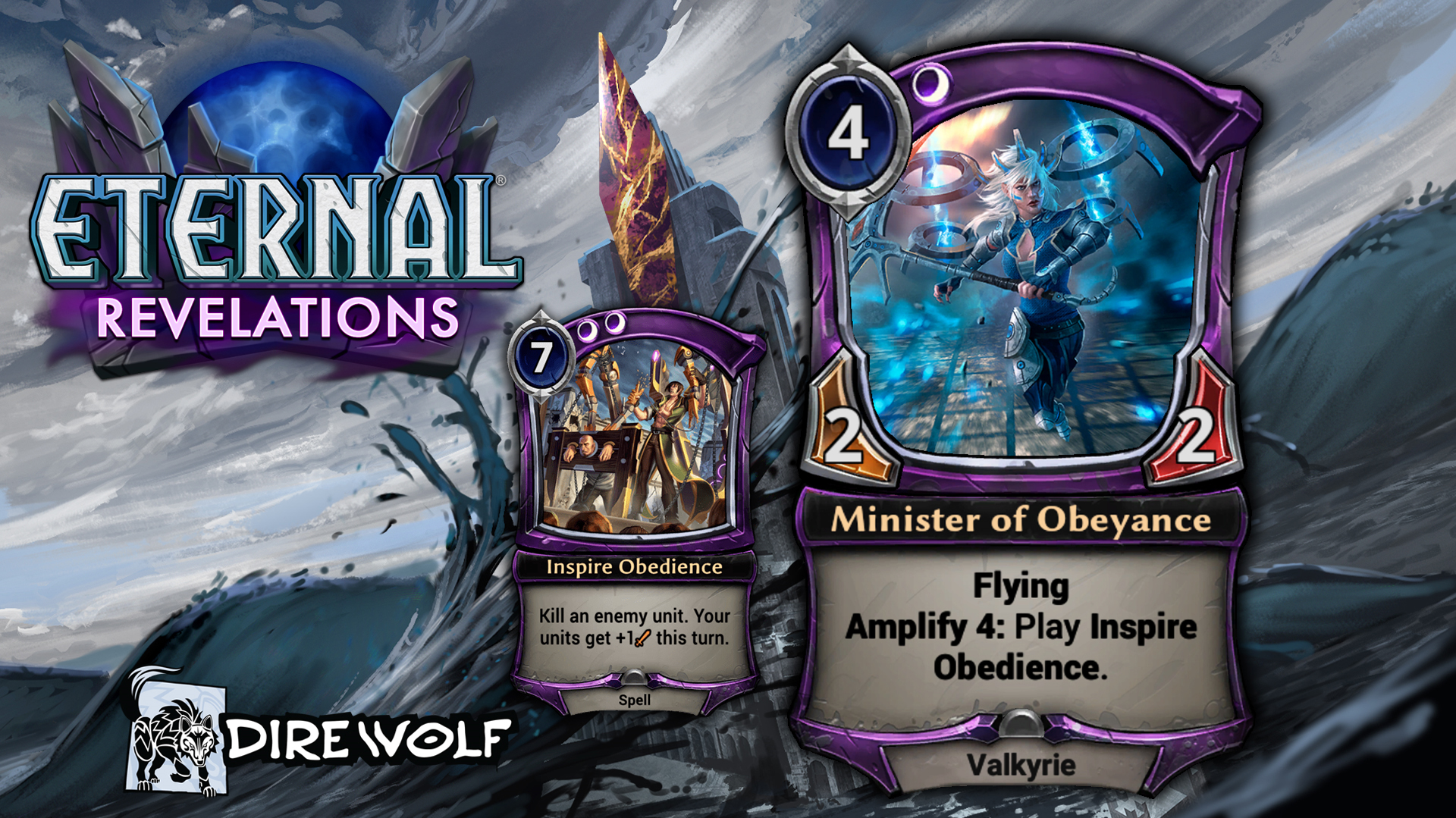 Draft Icaria. A 2/2 flier for 4 in draft is unexciting but ok, and if you ever get to amplify it this is great. I think it’s a solid mid pick. Too weak for constructed.

It’s hard to think of a constructed deck that wants this card, but this has some potential in draft. Coming out of a Grafter market, it’s a 3/3 regen flier that kills a unit if you have 8 power. I don’t think I’d ever want to main deck this card. Without the amplify text – and perhaps even with it – this card feels very medium.

This valkyrie looks like it’s going to do a lot more in limited than pushing pencils. We’re always on the lookout for cards that are good early and late, and this fits the bill. It’s a serviceable to good body on curve at 4 and a game ender at 8. A modal this isn’t that far off from a modal Icaria, First Reaper.

I’m envisioning this as the next card spotlighted in Lore Minute with Parmele, between the name of the card and the amplify payoff. I would not advise holding this card in abeyance from your draft decks.

Very medium, will absolutely see play in and out of the market but you will be just as happy to go with more power efficient options early. It feels like a fine late addition to an already established deck.

I get that it’s a valkyrie, but when did they lose the wings? As technology marches forward within the Eternal universe, they seem to be turning into quad copters. How are you supposed to obey when you can’t hear them over the sound of a thousand constipated bees? 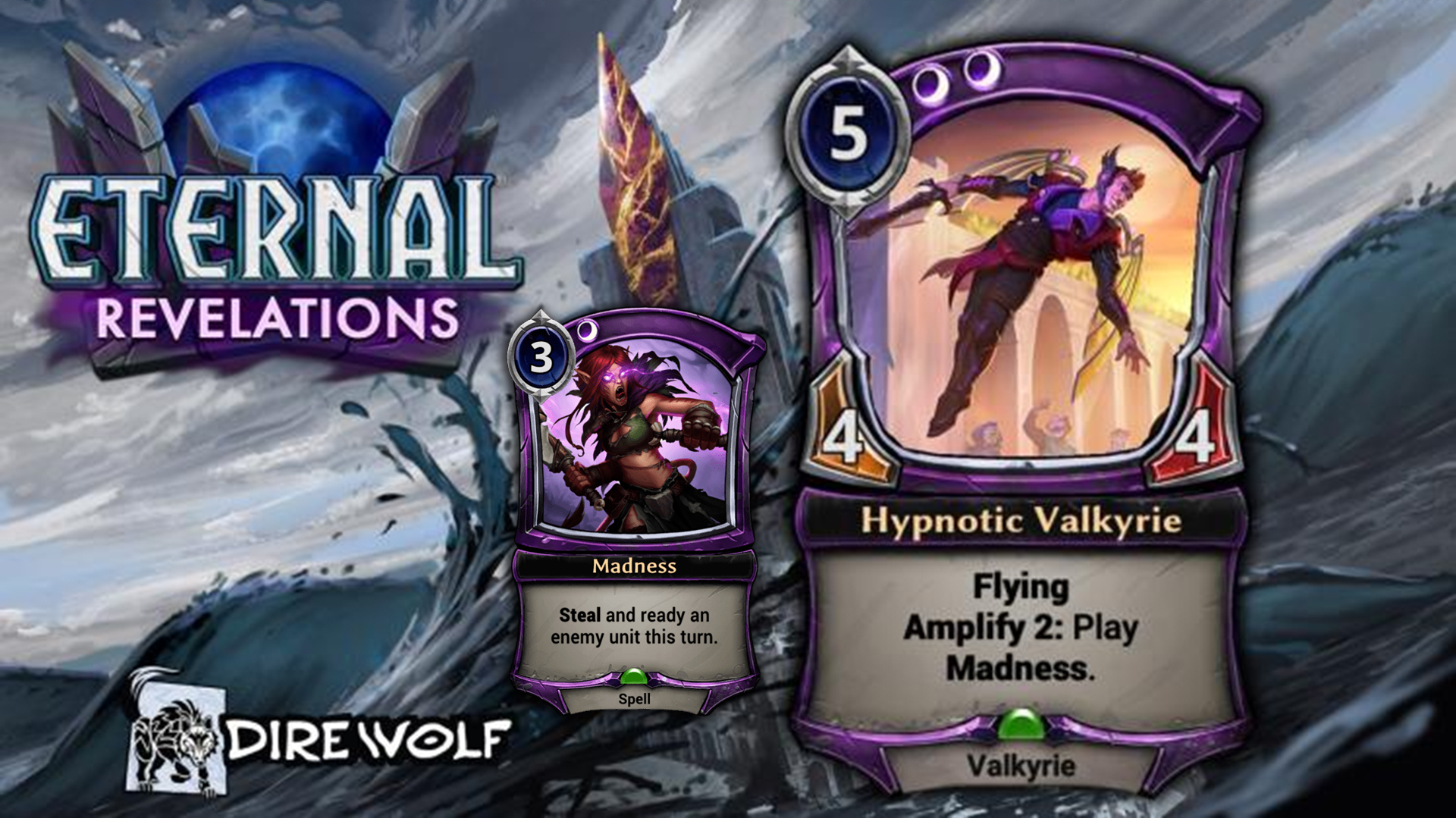 The amplify valks are both intriguing for limited, but I’m hoping for some “amplify matters” in Shadow beyond Snapyx. If we do get some, then both Minister of Obeyance and Hypnotic Valkyrie may make some waves in Expedition.

I’m a sucker for Madness. Love it! This is going to win some Draft games. Is charge too much to ask? Let me swing with it, too. It wants to win the game with its new friends – the loneliness is probably what drove it to Madness.

Bomb in limited. Probably not good enough for constructed.

You’d play this in most limited formats without the amplify ability, so just evaluate it like that with obvious potential upside.

This card at an uncommon has a lot of potential to warp the terms and conditions of fliers (ability to interact in the air 1 on 1 or multi-block this) while also implying that there will be ways to address either any unit or fliers in particular (as we have seen in Minister of Obeyance). This card existing means that the bar is raised higher for 5-6 power units, so you should expect stat lines that dominate this on the ground at uncommon as well.

Would it be BM to use the Tick Tock emote right before you drop this for 1 or 2 amplifies? You’re just setting up your hypnosis techniques.

This looks like another great game-ending Shadow flier. I don’t think you’ll see this as a value type of play, since to get the first Madness you’ve already paid 7. Any power leftover to sacrifice the stolen unit probably means you should just be amplifying more than once.

The flavor here isn’t as good as Minister of Obeyance, but if you like the taste of victory Hypnotic Valkyrie is a delicious ingredient.