We should start by thanking TheBoxer for shaking up the Spring Challenge – Throne meta last minute and presenting us with a disgusting Even Vox brew. As a team, we took a mix of decks to get a feel for the upcoming ECQ. Myself and a few others brought Skycrag Control (Spellcrag) while others played Skycrag Aggro, Reanimator, and Even Vox.

There were more than enough Vox decks in the Top 64 and it just shows how fast a meta can change from one week to the next. The other dominant decks were Ixtun Control, Spellcrag, FTJ Midrange, Skycrag and Stonescar Aggro (expect less aggro in the meta with the upcoming card changes), and one beautiful relic deck piloted by TGP’s Batteriez.

As the newest member of The Misplay, I really wanted to make an impact and share my knowledge and experience. [Edit: Oh, he did.] I ended Stage 1 21-7 and advanced all the way to the Top 4 before losing to TheBergund on Ixtun Control. I’m pretty sure I’ve shed the nickname “the rookie”. I want to thank the team who helped test and piece together our list, especially Piereese our resident Spellcrag guru who just missed the cut at 18-10.

Parmele also earned a Top 64 spot on Spellcrag. Parmele adds, “I finally played the right deck. Podcast listeners will be proud. We identified Spellcrag as being powerful pretty early and I was able to get a lot more reps in than usual. I am still nowhere near proficient at the decision making required to call myself an expert pilot. My 19-9 was more a testament to the strength of the deck than my play.”

chicityshogun (20-8) and Deedub (17-11) both played Skycrag Aggro. chicityshogun has been on a historic hot streak in major events and unfortunately we were paired up in the Top 16 where I edged him out.

Doc28 made the bold choice to go with Even Vox and it paid off (19-9). Like myself, he made it all the way to the Top 4. He had some wild matches and we heard him say several times, “I can’t believe I just won that!” Turns out, he says, “Karvet is good in the mirror.”

Congrats to the whole team for another excellent showing with half of the playing-group again making the Top 64. We’re looking forward to seeing how the balance changes shake up the meta ahead of the next ECQ. 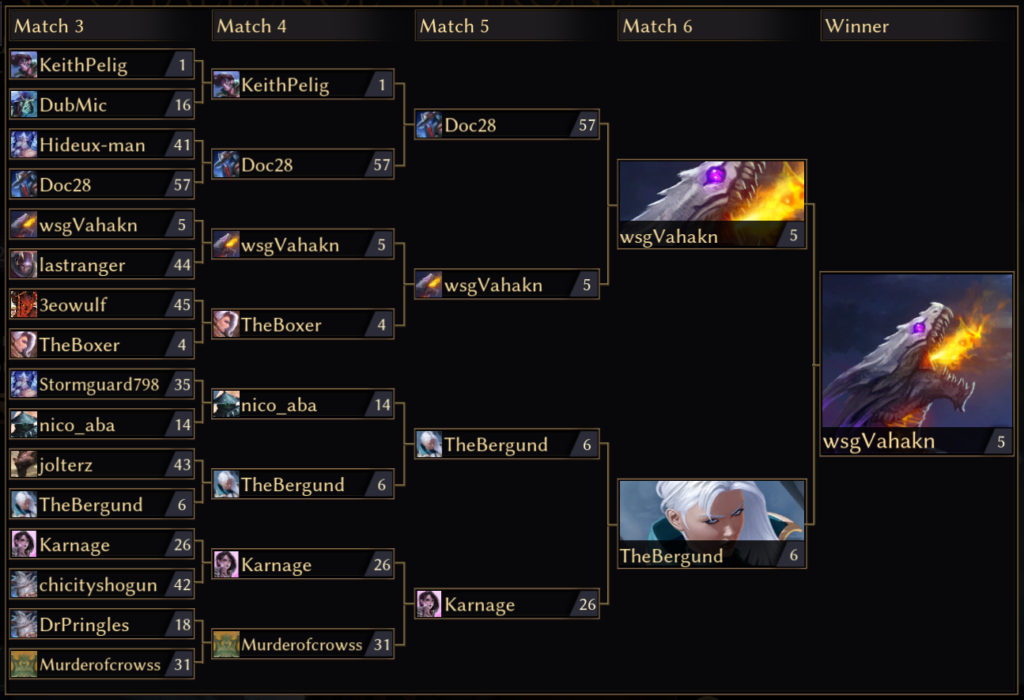 Check out three of the team’s decks in the Top 16 Decklists.