Welcome to a special Misplay Meta report. In this past weekend’s Stormbreak Throne Open, The Misplay and several other Eternal teams tracked our matches while playing the qualifier round.

Between the participating teams, we confirmed the decks for 364 unique players. We do not know the exact number of participants, but some community estimates put it between 800-1100. If that is accurate, this data represents a significant portion of the tournament’s meta.

We’re sharing the archetypes we saw, and providing links to deck lists from Eternal Warcry (all archetypes in the finals, plus any decks outside top 64 which represented at least 3% of the qualifier meta). For clarity, we limit our charts to the most-seen decks, then we combine and list the remaining decks as “Other”. 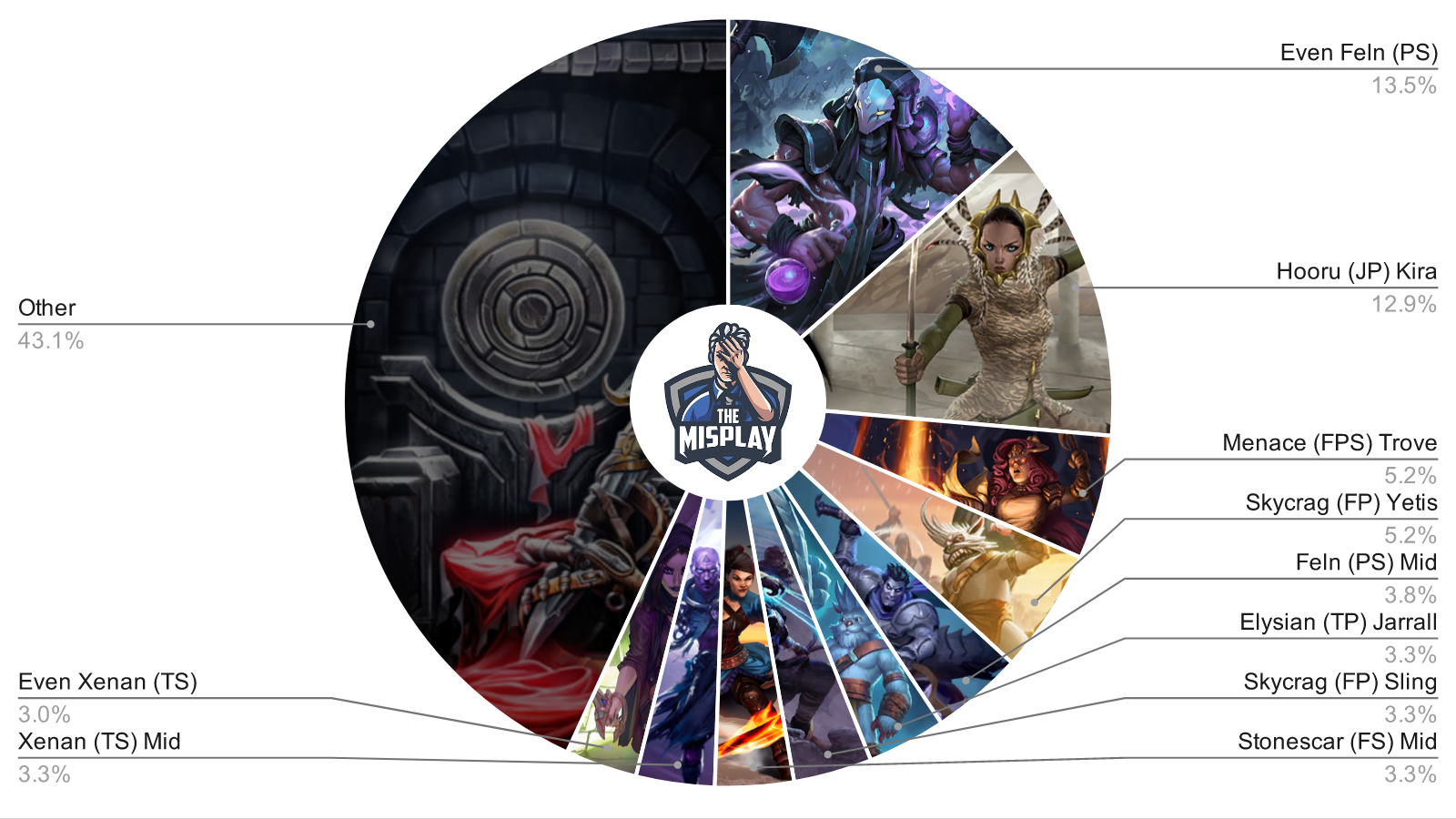 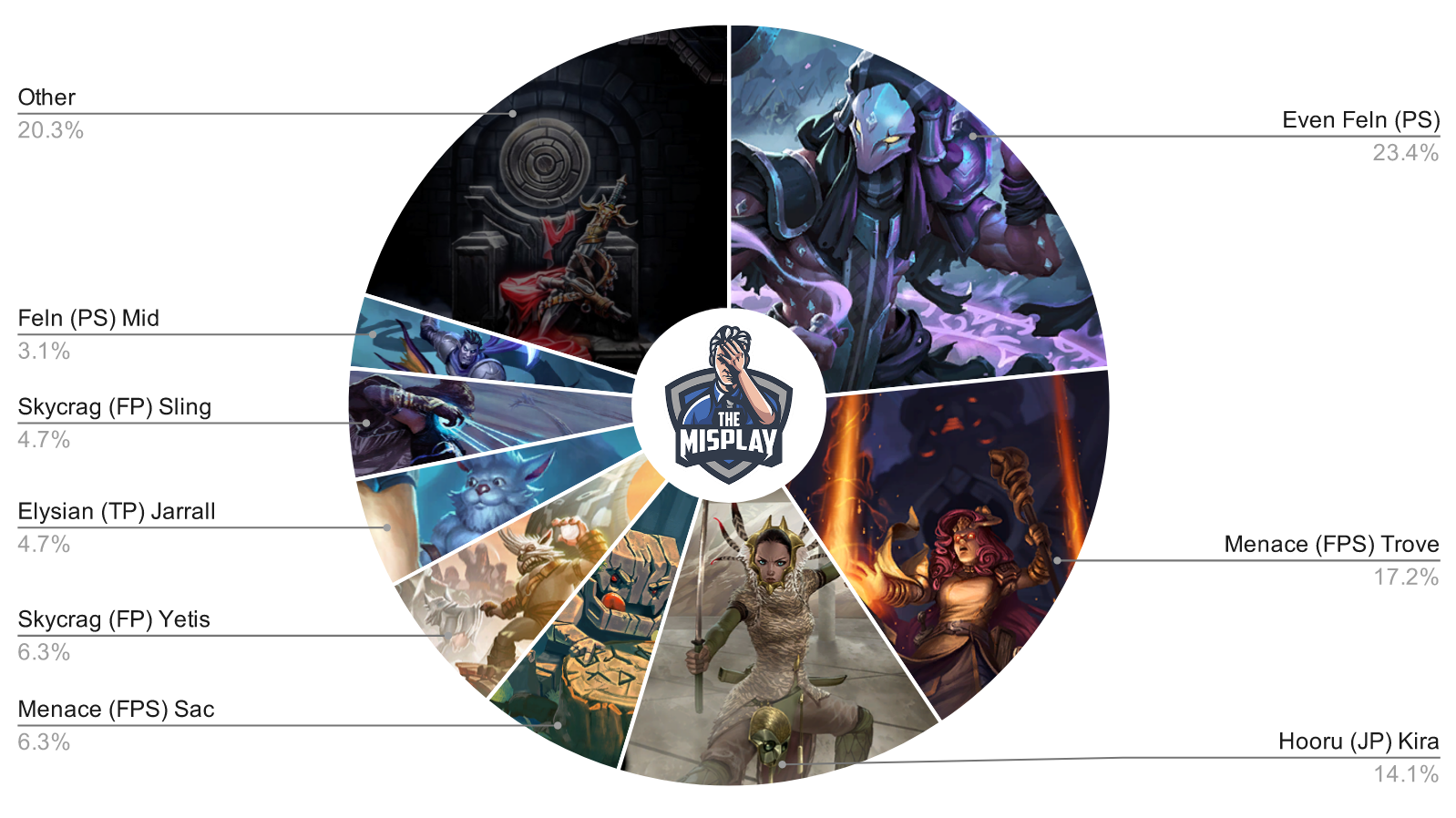 Thank you to The Misplay and other teams for contributing to this project.