Welcome to The Misplay Meta. This is a new article series we will publish every Friday.

Like many of you, we were huge fans of Team Rankstar’s Meta Monday articles. Their weekly series not only reported on the meta, but also helped shape it. We thank Team Rankstar and their many contributors for their time and dedication to the Eternal community. We hope to continue that tradition by sharing our own data.

As part of our internal tracking, The Misplay collects data on what we see while playing the ranked ladders.

This is not a tier list. Think of it more as frequency. We’re sharing the archetypes we see and providing links to similar deck lists from Eternal Warcry. For clarity, we limit our charts to the most-seen decks, then we combine and list the remaining decks as “Other”. The frequency limit may fluctuate from week to week based on the number of games we record, but rest assured that we are trying to present the data as accurately as possible. 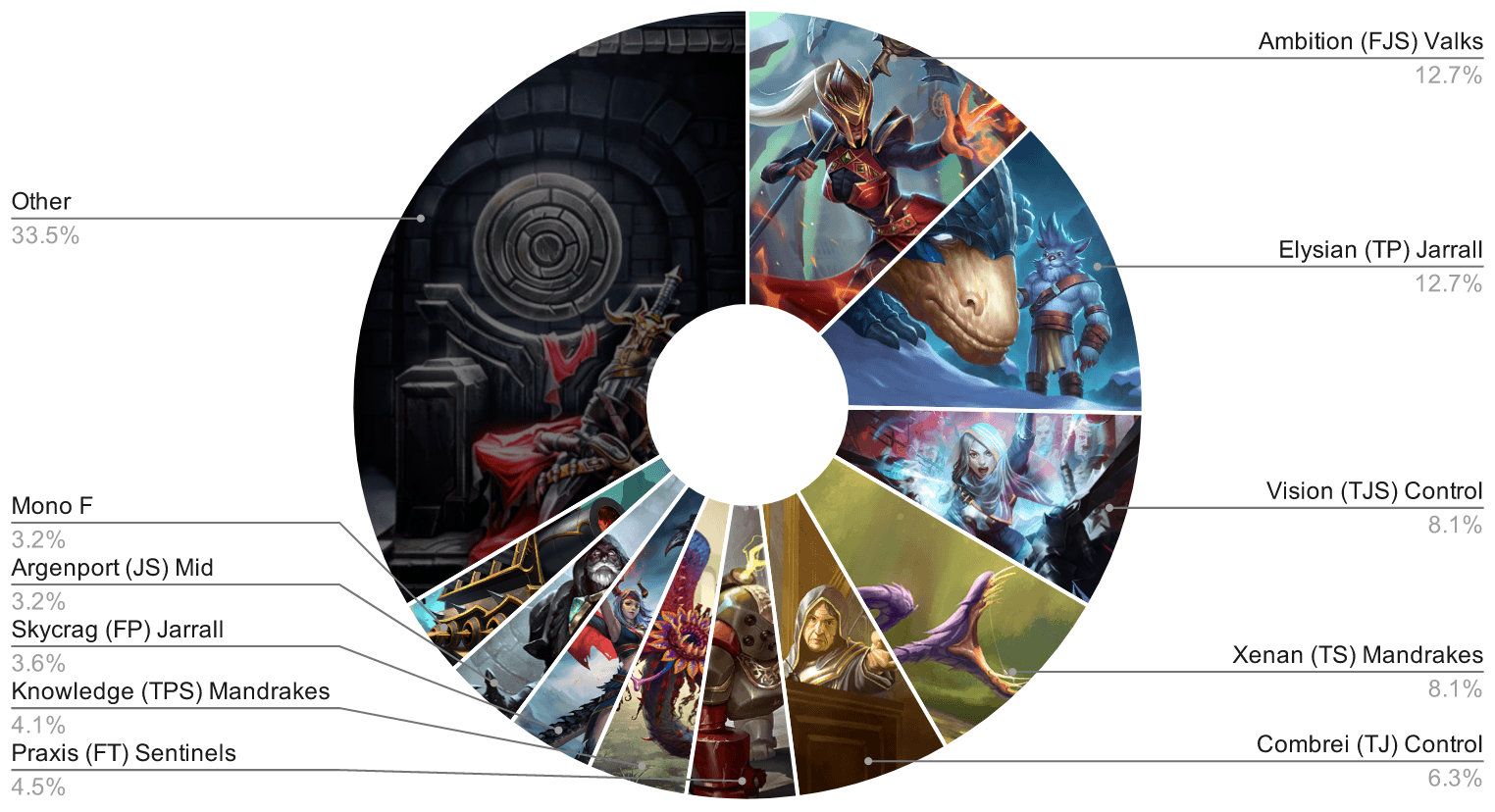 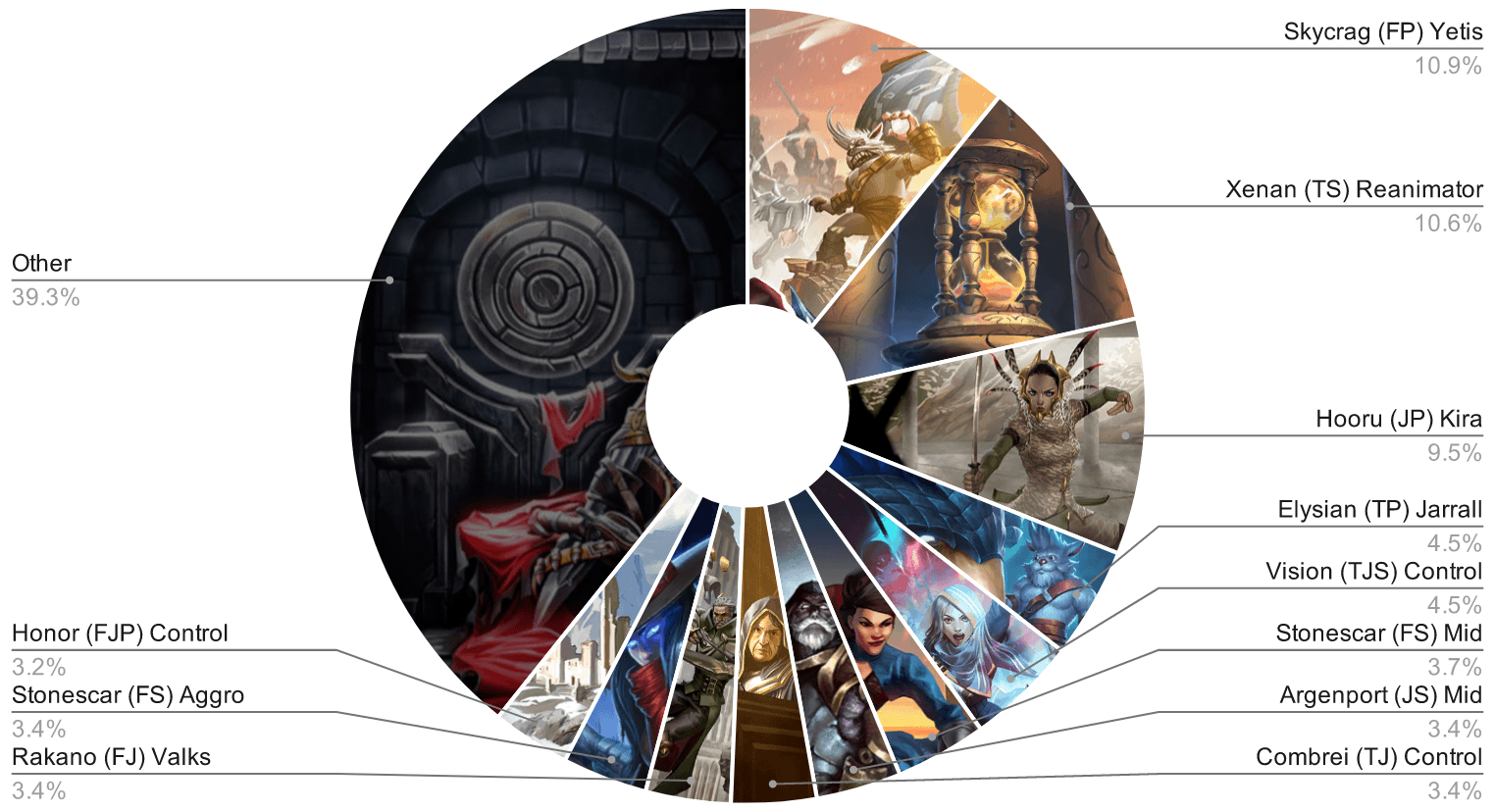 Thank you to the entire Misplay team for their time, effort, and dedication to this project.