WW: DWD just sent me over a spoiler for Eternal: Revelations, did you get one?

Cola: Yeah, I’m really excited about mine. You know how much I love reanimator in every format and it gives a whole new direction for that. It does need some setup though.

WW: Oh really? That’s pretty sweet. I wonder if DWD hand picked these cards, because mine matches what I love to do in Eternal too, and that is to beatdown! I’m really curious about your card though. What sort of set up are we talking about? I thought playing Grasping at Shadows already required some set up.

Cola: Grasp requires void filling, but can be played from any board state. My new card requires dorks on board that you are ok with sacrificing, but I think that modern reanimator works better with cheap value units anyway. It can also work in unison with something like a Keelo package. We just need to figure out some Argenport units worth sacrificing.

WW: Argenport huh? In Throne, we have corrupted units like Jadehorn and Blightmoth that could provide some units on board that combo well with Keelo. In Expedition, we can try some sort of Grenahen shell or maybe even multi-factioned Mandrakes? Not really sure. So spill it, how are we jamming things into play? What’s the dorks for? And why AP? 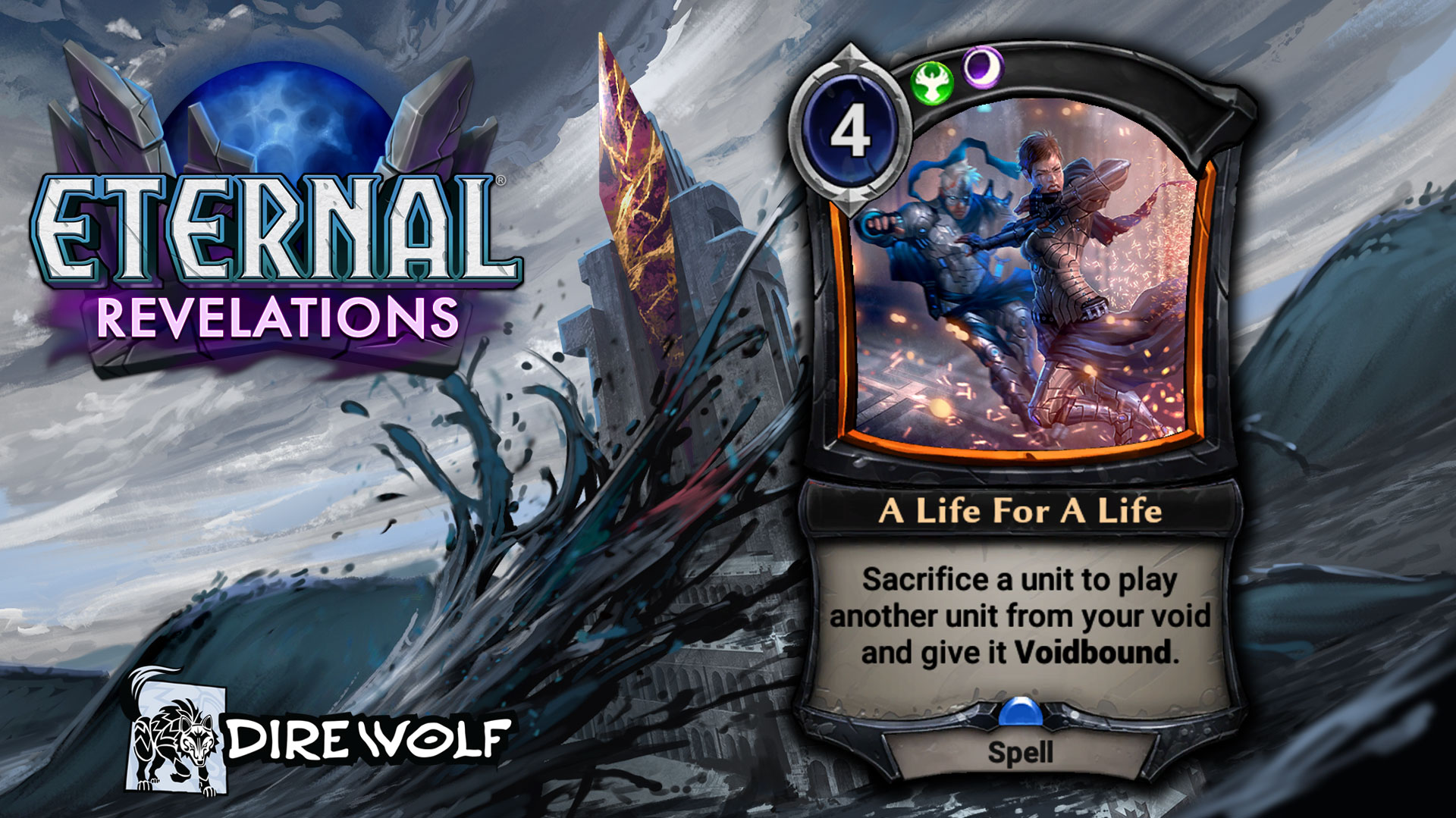 Cola: I think it seems really good. I think we will see it in both Throne and Expedition as a new reanimation enabler, and both formats have good ways to fill the void. What about yours? Does it push aggro?

WW: Yeah! Similarly, I think it can see play in Expedition or Throne. Deedub is gonna be so happy! It’s a solid Justice 2 drop that you both feel good about bluff attacking every turn and are happy committing more onto it. Pretty rare to have a unit that has both of those qualities.

Cola: Nice, aggro has been lacking lately with so many cheap units that block way too well, Grenahen specifically. Tell me more. Is it a soldier?

WW: It is! Tinker Soldier to be exact, so can slot into any of these Hooru or Tradition shells we’ve seen in Expedition. I imagine Dovid is gonna be played more as well with the amplify powers. I’m also glad you mentioned Grenahen. This unit can attack into both Grenahen and Crafty Occultist even if they discard a unit for the ability. It does that by utilizing the new Valor mechanic and being a 2/2.

Cola: Wow! A 2 drop that can attack into 4 power profitably seems sweet. What about in Throne?

WW: This can probably work in Kira decks, but can also shine in those glass cannon Rakano decks that just try to shove effects onto Highland Sharpshooter as well. The coolest part for me is that it’s like the aggro Justice Felrauk, but I guess more similar to Privilege of Rank? It’s pretty funny against Felrauk if you happen to Warcry onto this on top of your deck. 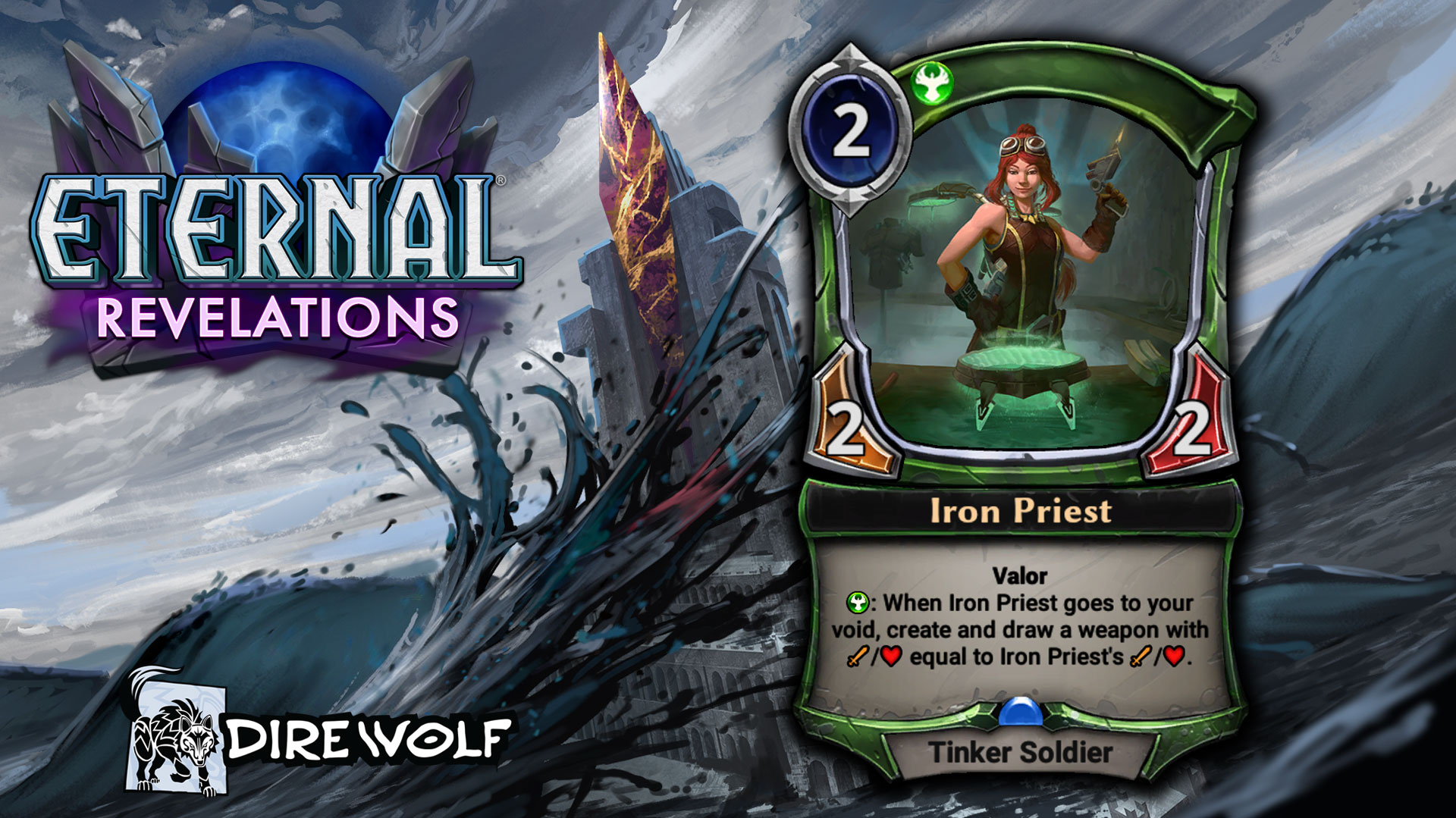 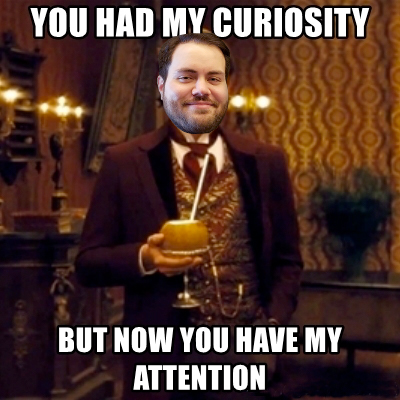 Cola: Wow, this card combos really well with mine. I wonder if DWD noted during your interview that we are on a team and gave us matching cards.

WW: Well, if they keep doing these sorts of reveals, we will have two more data points by the time Worlds happens. I’m excited for us to start brewing for the Throne Open. I totally just realized we can play your card in an Even Reanimator shell in the main and can also be a cute option with Rolant, Iron Tyrant assuming you can get the first valk off.

Cola: And your card works well as a sacrifice or with self-mill to generate extra cardboard, both things reanimator generally needs. We have only seen a handful of cards so far and this set is already looking pretty hype.

WW: Well, we should probably end the part of our discussion that gets published in the article and continue this in our Discord. But if people want to discuss more ideas, they can join us there: discord.gg/jk4b4mTtP4